A Guide to the Birdsong of South America

by Rhythm and Roots 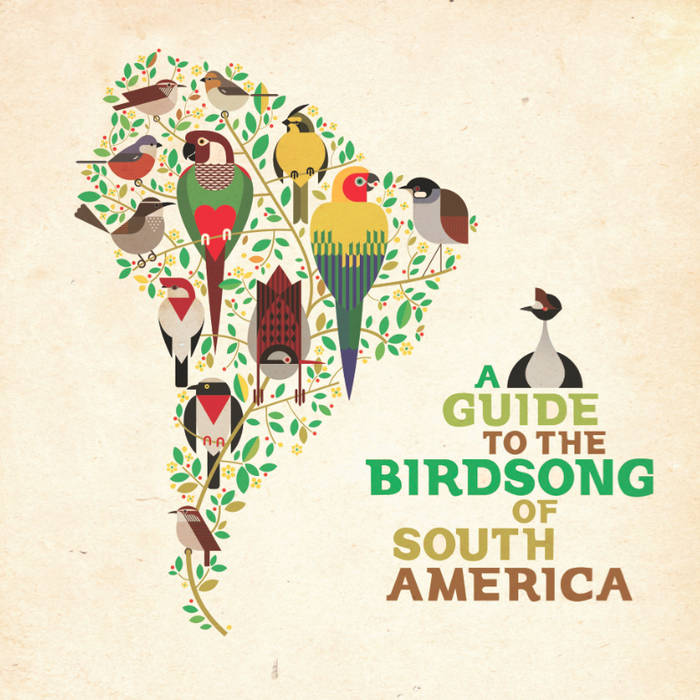 tinbo What an awesome idea! I love it. Thanks for this masterpiece.

'A Guide to the Birdsong of South America' is a non-profit, crowd-funded album of music inspired by birdsong. Featuring some of the continent's most talented young musicians and producers, each artist used the recorded song of an endangered species from their country and created an original track.

The album aims to raise awareness about the plight of these birds and also to raise funds for those working to protect them. All proceeds will be donated to a pair of Ecuadorian NGO birding charities, which will include paying the salary of chief ranger of the Tapichalaca reserve, home to the Jocotoco Antpitta, Franco Mendoza.

The compilation highlights the new wave of South American musicians revisiting the region's rich musical heritage in the 21st century and offers a diverse snapshot of the region's new sound. Taking in seven South American countries from Brazil to Chile and ten artists, from the much hyped digital Peruvian cumbia of Dengue Dengue Dengue to Argentinian rhythm trio Tremor. French born Nicola Cruz has worked with electronica whizz Nicolas Jaar, and has now returned to his roots in Ecuador, making this project close to him in every sense of the word.

The birdsong and the story of these 11 unique birds became the building block for each track in a myriad of different ways by each artist. Some used the song as a sample throughout, others incorporated it into the background while some even transformed the birds into a synthesizer.

Rhythm and Roots is a platform for musical pollination, brining together folkloric, organic roots with modern electronic textures and interpretations. It has a focus on Latin American music!

Bandcamp Daily  your guide to the world of Bandcamp

Interviews With Butcher Brown and Slauson Malone, plus LP of the week by SAULT.